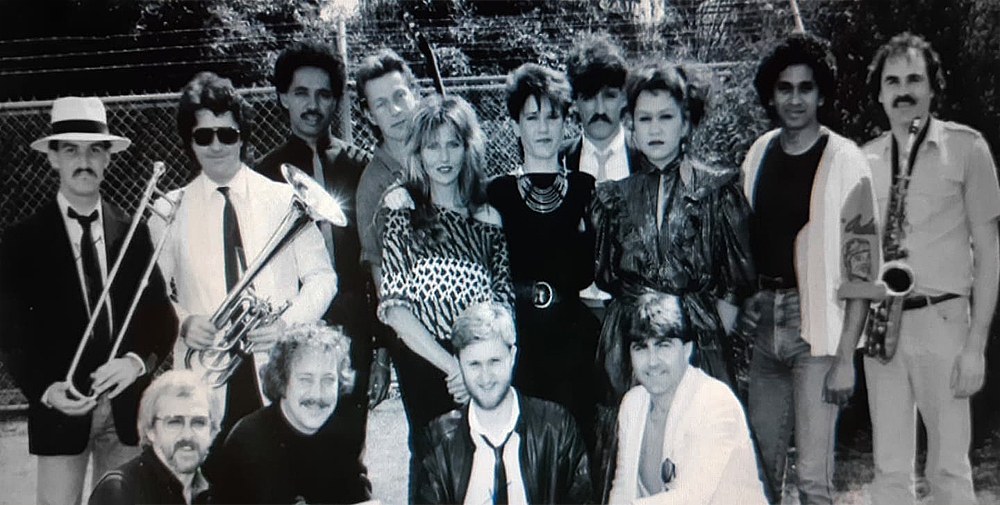 (thanks to Bob Johnson who sent this publicity shot)

From memory, Supermarket was Mick Kenny’s creation, designed in part to be a vehicle to air his horn arrangements. I remember he was keen on such groups as Blood Sweat and Tears and Chicago, and as with those groups, expanding a core pop band lineup with a horn section was a great way to add excitement and dynamics to the music. Certainly, the sheer raw sound of such a band in the relatively close confines of the club was a thrilling and memorable experience.

This is the first recording I attempted of this group, and a note on the tape makes it clear that my system at the time, while allowing some control over the recording mix, was still developing. There was clearly no opportunity for a recording soundcheck before the show started, and the two opening numbers are so far out of balance as I sought to pull it all into some sort of shape that I have dropped them here. There was hardly any metering on the system and as retribution for my pedantic nature, I find it annoying that the reverb pulls to the left a bit on this one, something that wouldn’t have been apparent, given the monitoring situation, until I got it home.