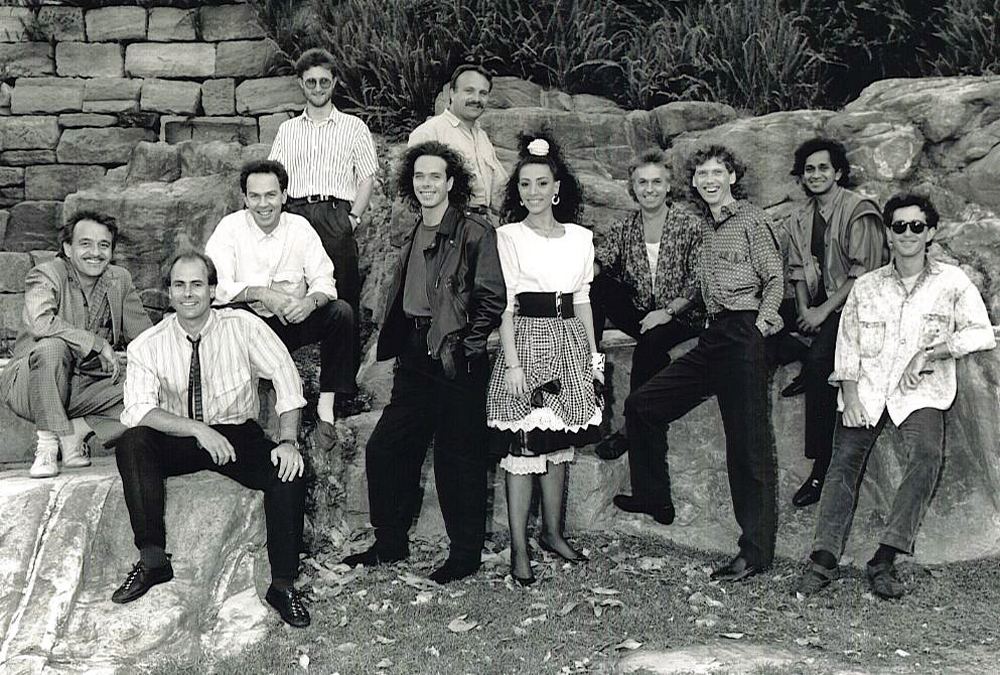 This is the only night I attempted a recording of this band: I say attempted, as the balances are critical for such tightly arranged popular music, and there are a lot of moving parts to keep on top of. With my hands full doing the live mix, it was folly to try really – but I had a go anyway because the band and the music were such fun, and I knew it would all disappear into the night air otherwise. It goes without saying that it takes a couple of tunes for the mix to get vaguely close to the ballpark. To accommodate this size band, a long narrow riser, half the height of the stage, was placed in front of it to give somewhere for Danni and Rick to stand and sing. You can hear them walking on and off this hollow box sometimes. Also, again because of the size of the band, I needed to move my room mic back to the mix position, which means the audience sounds less natural than usual.

It is perhaps interesting to note that by this stage – towards the end of the original club’s life – larger bands playing contemporary music, such as the Right Stuff and Supermarket, were starting to appear that were breaking or stretching the traditional jazz band moulds. These newer bands were designed to bring the pop music orchestration and production possibilities facilitated by multitrack recording to the band stand, and they set precedents for the larger replacement version of the club that would follow a couple of years later.

Set 1.5 – Getting Away with Murder