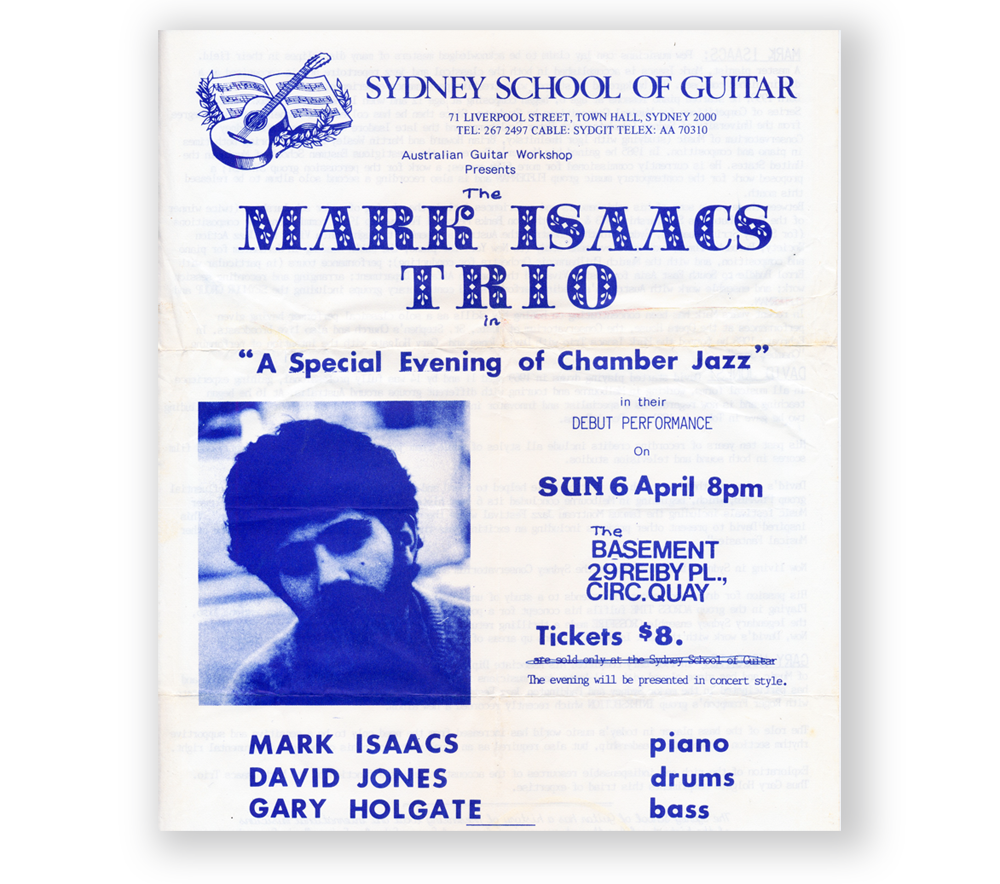 This was a Sunday showcase organised by the Sydney Guitar School, so probably because of licensing laws at the time there was no bar service – which helped to keep the background activity down. From Mark’s off mic comments to the audience at the start of the second set, omitted here because Gary was using the opportunity to tune up and his pickup was still active in the recording mix, the trio was using the low level of background noise as an opportunity to expand the dynamics of their playing. The brassiness of the house Helpinstill piano pickup is in evidence again, and because of its proximity to the instrument compared to a mic which has the smoothing of a natural buffer of air, these dynamics for the piano at least are exaggerated. As usual with these recordings, the balance is a bit off because my ears were elsewhere, but even if it were set a bit differently, this ‘dynamic distortion’, if you like, would probably pull it in and out of the ideal anyway.

All that said, it is great to go back and enjoy the concert again. The promotional flyer seen above was tucked into the tape box.