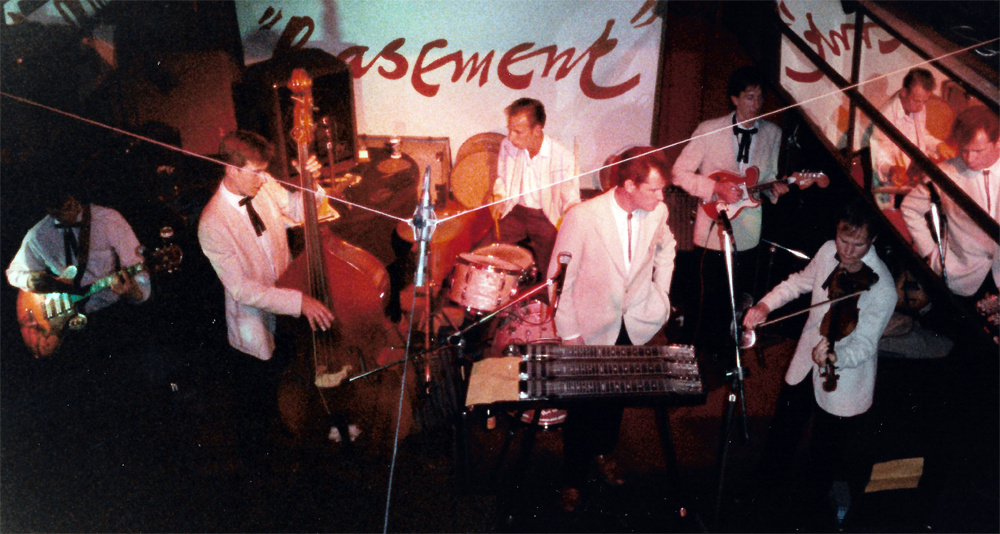 From the sound of the recording, this appears to be one of those gigs where, after some initial briefing, there was an ever evolving development of the stage configuration that I was trying to keep up with. The first set seems to be largely acoustic (pick up by the room mic only) and track 5 is where you can hear the recording soundcheck take place with direct elements of the sound being added. Despite its lack of togetherness, the recording does document a very Australian take on early American 20th century folk and popular music and shows how broad the Basement’s musical offerings were.

Donal Baylor got in touch when I set about contacting those involved in these shows, and sent me the photos used here. He was also able to fill in some gaps in the band personnel and song list, and mentioned that “I think we did some ‘groups within a group’ thing for that gig that we didn’t normally do”. Thanks Donal.

Rick talks about the guitar he is using

Introduction to ‘Singin’ the Blues’

Set 3.3 – Straighten Up and Fly Right 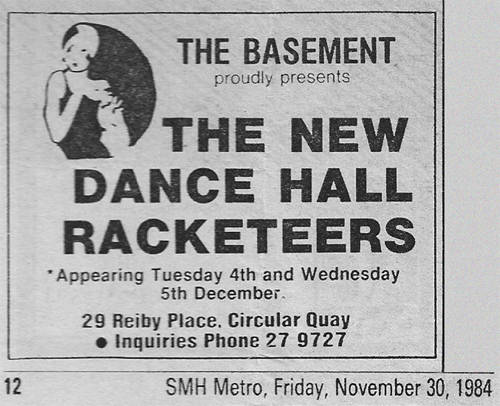 The photos above show how smaller group configurations were used for the first part of the gig,

the small newspaper ad to the left is from the Sydney Morning Herald’s Metro (arts & entertainment) section of the time,

and the flyer for promotional use leading up to the gig is shown below. From the positioning of the creases, these were probably folded and inserted in the monthly programs. 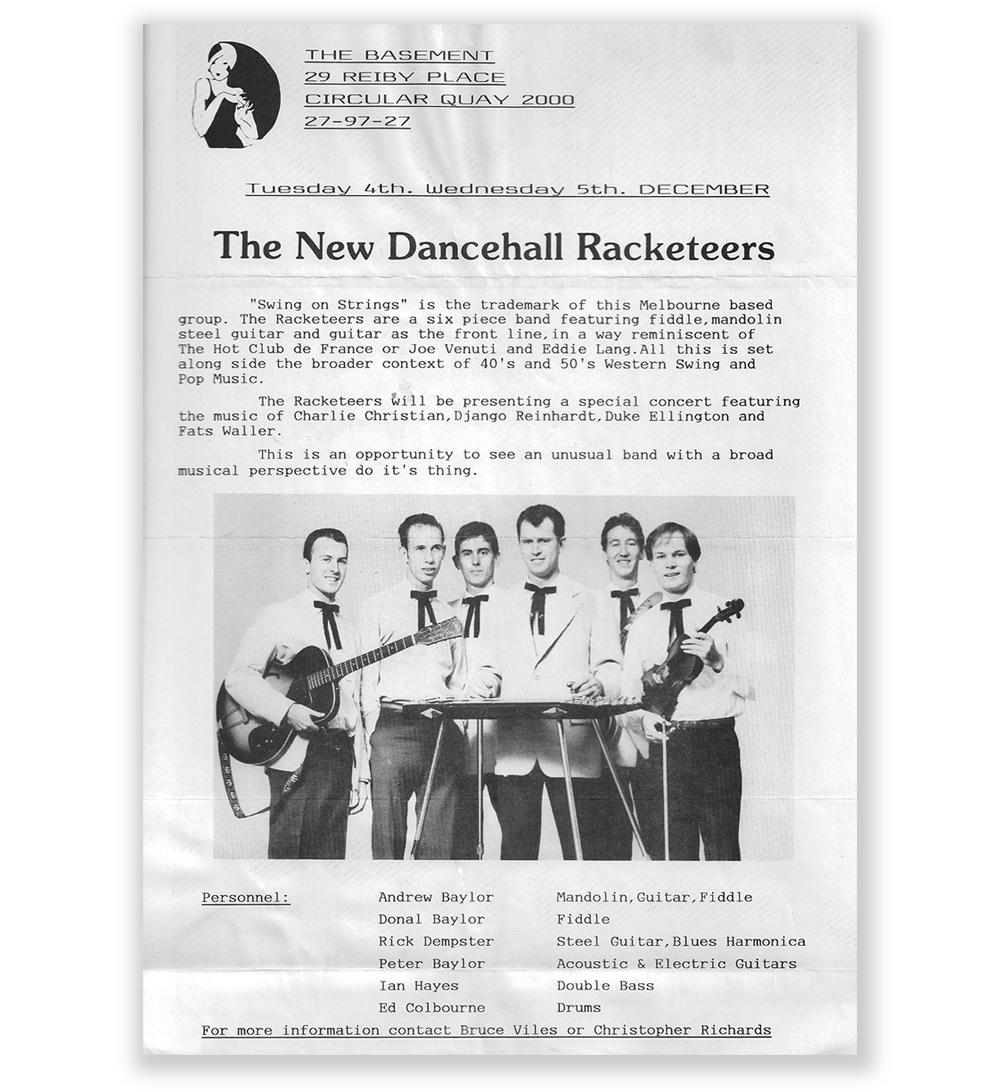